On March 08 and 09 CASP received in its plant in Amparo-SP a delegation of 16 farmers from Zimbabwe, who took part in a business mission to Brazil, organized by three companies of the agricultural sector (CASP, Vence-tudo and JAN). This delegation is part of a set of strategic actions that the company has been carrying out over the last years to increase it representativeness in the international scenario. The visitors were given a plant tour, joined the board and executive management in a coffee break, and then participated in a round of meetings with the commercial and engineering teams for the discussion and negotiation of projects, both in the Grain Storage and Animal Protein areas.

On the second day, the group visited COPLACANA in Piracicaba-SP, to see two complete grain storage units in full operation, one for corn and the other for soy. In addition, they accompanied the operation of the entire line of CASP’s grain storage equipment and their respective yields. A round of questions and answers was held with the unit superintendent, Mr Klever José Coral.

The visit was concluded with a fraternization lunch. The estimated sales volume for the potential customers in this single mission is around USD 1.750.000,00 (one million, seven hundred and fifty thousand dollars), business that should be closed still in 2017. 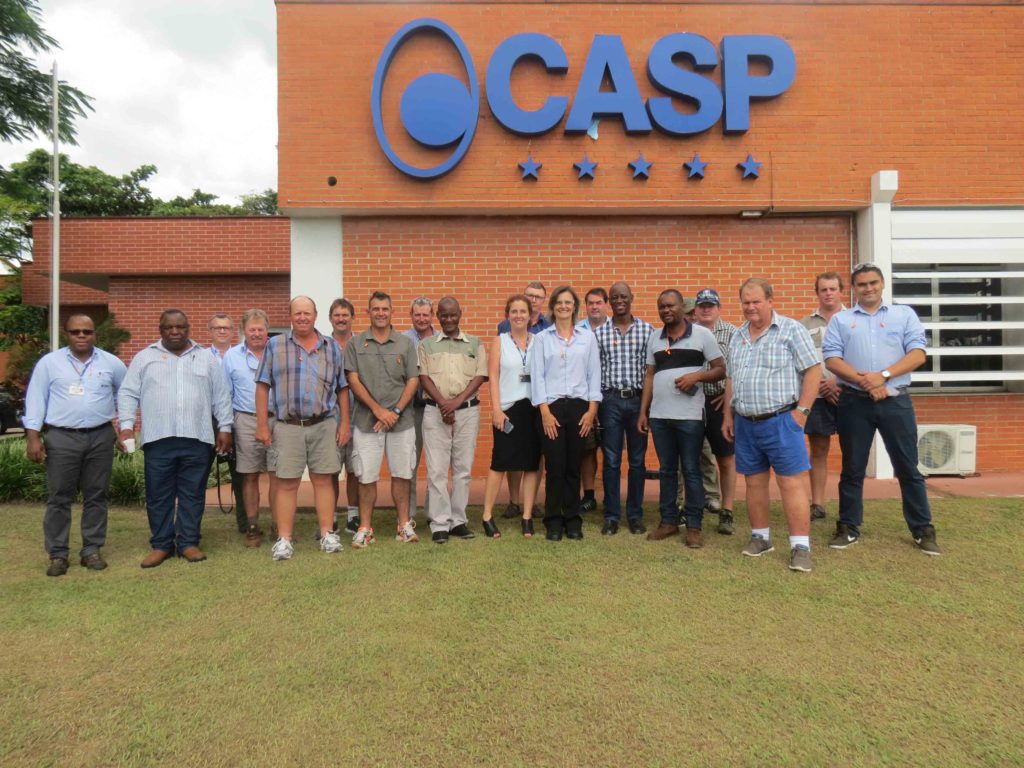